Mountaineering in the Kings River Country, 1864

by Clarence King of the California Geological Survey.

This early ascent of Mount Tyndall at the head of King's River (the river is not related to our author) is now classic Western Americana literature. It is mountaineering drama to the extreme, written even when the foothills of the Sierra Nevada were remote enough, let alone peaks at the range crest, such as Tyndall. Clearly showing is the author's love of nature. This writing appeared in several forms before being gathered with others of King's articles in 1872 into Mountaineering in the Sierra Nevada, a book still in print! In our little volume we include just material dealing with the Kings River country so that visitors to this region, much of it now in Kings Canyon National Park, can focus. King also conducted the U.S. Geological Exploration of the 40th Parallel, an unexplored line through America's interior, and was first director of the U. S. Geological Survey. He has a Sierra peak named for him.

Illustrations are added from Picturesque California (1888) and The Yosemite Guidebook (1869). 48 pages. more...

A Rival of the Yosemite: The Cańon of the South Fork of King's River, California 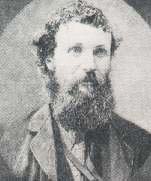 As they had at Yosemite, Muir and his editor launched a campaign to get Kings Canyon set aside as a national park (some wanted to call it John Muir National Park), advising the law-givers to "make haste before it is too late". This writing was to be the stimulus. The park was not established, however, until 1940, when it was called Kings Canyon National Park. Muir's text is primarily descriptive, but as usual he includes personal adventures, in this case including a close encounter with a grizzly bear. Arguments for establishing the park are included, such as blocking grazing, lumbering, and mining. Text was reviewed by former Sequoia & Kings Canyon National Park Chief Park Naturalist and foreword is by former Yosemite Chief Park Naturalist. Period engravings, with map showing proposed park boundary. 24 pages. more....

This "Sequoia & Kings Canyon National Parks" page was last modified August 7, 2019. Did you come here from a link on another website? For latest version of this page, click or copy to your browser: http://www.vistabooks.com/vistpubsseki.htm. Copyright © 2019 VistaBooks LLC.