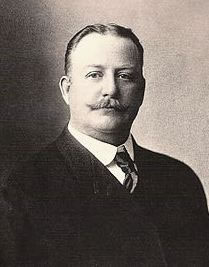 Across the Plains in the Donner Party: a personal narrative of the overland trip to California, 1846-47.
by Virginia Reed Murphy.

Author Virginia was 12 years old when her family left Springfield, Illinois to trek across the plains to California, their intended new home, along with 25 fellow emigrants. Along the way, her grandmother died, her pony had to be left, her family lost their oxen and had to abandon a wagon with their possessions, her stepfather killed a man and was banished from the train, and then she and her group were trapped in snows at the eastern foot of the Sierra Nevada crest at and near what is now Donner Lake and Truckee, California. As a result, 13 of those who started with her in Springfield, and 29 more who joined her along the way, never did cross those mountains. Here is the little girl's story, written by her later as an adult, now a part of the American epic of winning the West. Reprinted from Century Magazine with illustrations added from Frederic Remington and others. 64 pages.  See sample pages, illustrations.

by Charles B. Gillespie.

This story is set in Coloma, the California gold discovery site of 1848. But it might have happened at any of the gold-rush sites of the West--Virginia City, Cripple Creek, the Klondike--and it probably did, but only on Sunday. Town was a lively place the one day the mines were shut down, with a mix of nationalities engaging in gambling, auctions, horse-racing, shopping for clothes and supplies, eating, drinking, brawling, and general tom-foolery as you might expect from a bunch of young men from all over the world who were off to a get-rich adventure. llustrations are from early sources, including the original article of 1891,Frederic Remington, and the Crocker Art Museum. 16 pages.  See sample pages, illustrations.

America nearly lost its buffalo (or bison, to be more accurate), but in an early conservation effort a small herd was retained. This has now grown into a sizable population, which recall to us the vast herds that once roamed and even blackened the plains. This story, however, is told by one who at one point in his career was actively engaged in slaughtering the animals. They were a nuisance that got in the way of the new trains, and, besides, eliminating buffaloes might help in subduing Indians. Life habits of the animal are given as well, and what better way to learn of the place in our history of the buffalo than by reading an account by one of the principals in their history. Reprinted from 1898. Illustrations are by Frederic Remington and others. 48 pages.  See sample pages, illustrations.

Ranch Life in the Far West.

After being president, Roosevelt stated "I would not have been president had it not been for my experience in North Dakota" And so here are his experiences, as he wrote about them, of cattle, ranching, sheriff's work, hunting game, and frontier types. Tales of round-ups, breaking broncos, and arresting thieves are included, as well as the harshness of the winters on his Elkhorn Ranch, much of which is now in the Theodore Roosevelt National Memorial Park. Foreword is by park naturalist Gerard T. Altoff. Reprinted from 1888 and 1893. Illustrated primarily with engravings done by Frederic Remington for the original publication. 96 large-format pages. See sample pages, illustrations.

This "VistaBooks books with Frederic Remington illustrations" page was last modified November 26, 2022 . Did you come here from a link on another website? For latest version of this page, click or copy to your browser: https://www.vistabooks.com/Themes/vistpubsfred.html. Copyright © 2022 VistaBooks LLC.

Need help? email. We want you to find what you want to find.
END OF VISTABOOKS "books with Frederic Remington illustrations" PAGE
Thanks for looking!